March heralds the arrival of spring, and even if there are still winter snows in some areas, the garden is still in the starting blocks.

March is a favourable time to cut roses and figs before the new shoots appear. Roses, for example, should be pruned by a third, leaving the top bud eye facing outwards, so that the shoots can spread and expand nicely. For figs, you should prune a third of the side and main shoots to obtain branched growth. Also remove all branches that rub against each other.
Clean out perennials thoroughly now, it is late enough in the year that you will not disturb wintering insects too much. For potted plants such as geraniums, remove the dry leaves and herbs and cut back perennials a little. It is often advisable to repot and replace the soil. If you cannot change the soil, add some liquid fertiliser or home-made nettle liquid manure.

In the field, the first early vegetables can be sown in the prepared beds at the end of March, when daytime temperatures can reach 15°C. These include radishes, carrots, onions, black salsify, spinach, chard, rocket salad, Asian salads, broad beans, swedes and parsnips. Seed potatoes are now also being planted in the earth. Among herbs you can now sow parsley, Good King Henry and orach. Among the flowers you can already sow marigolds, cornflowers, phacelia and poppies. Lucerne, lupines and red clover (alfalfa) are also very useful as a quick preparatory green manure. The insects will also be pleased. Freshly sown beds must be kept moist throughout. When the first leaves appear, the soil may also dry out superficially. What often spreads quickly in the beds from the end of February onwards, especially in other beds, is chickweed. Do not weed all of it, but use it fresh in salads, because it has a very tasty, slightly nutty salad taste.

Remember that a well-planned mixed cultivation is good for your vegetable plants: celery harmonises with parsnips, early carrots and garlic or onions and leek in alternating rows chase away the pests. Cabbages like broccoli do well between tomato plants.
In the house on the windowsill, you can grow later varieties of kohlrabi, cauliflower, broccoli, savoy cabbage, white and red cabbage, as well as tomatoes, peppers, aubergines, physalis and kitchen herbs.
At the latest now is also the time to install nesting holes and tit boxes, because soon the bird brood begins. Insect hotels and shelters for insects should also be placed now, so that the little helpers such as earwigs and ladybird larvae help you to keep the aphid population in check.

close
March heralds the arrival of spring, and even if there are still winter snows in some areas, the garden is still in the starting blocks. read more »
Close window
Gardening in March

March heralds the arrival of spring, and even if there are still winter snows in some areas, the garden is still in the starting blocks.

Filter
Close filters
1 From 2
No results were found for the filter! 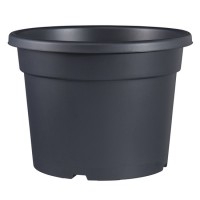 Plastic Pot Round 33 cm 14 l
The large plastic pot in professional gardener quality is perfect for the pot culture of chili plants. As soon as your chili plants have rooted the raising pot (7-10 cm), you can use this pot for further growing. The pots are provided...
Content 1 Stück
€2.99 * 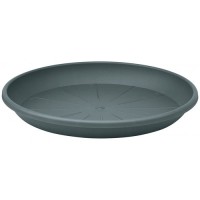 Coaster Cylindro 33cm anthracite
Very stable and shapely coaster of the German company Geli for indoor and outdoor use in the color anthracite. Made of plastic (PP = polypropylene). Suitable for our round pot 33cm Content: 1 piece. Outer diameter: 33cm....
Content 1 Stück
€1.99 * 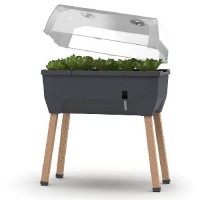 Sammy Salad Raised Bed
Sammy Salad - The raised bed with water tank and bonnet The well thought-out raised bed makes it possible to grow a variety of salads and herbs in the smallest of spaces. Thanks to the integrated water tank, watering is only...
Content 1 Stück
€89.99 *
Add to cart 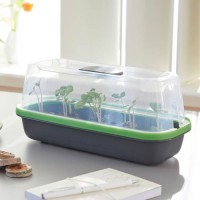 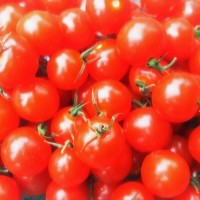 Mexican Honey Tomato Seeds
Info: The Mexican honey tomato is popular because of its juicy, tasty and sweet-sour fruit. It is a high-yielding red cocktail tomato and is ideal for snacking directly from the plant. The plants are grown as stake tomatoes up to...
Content 10 Stück (€0.23 * / 1 Stück)
€2.29 * 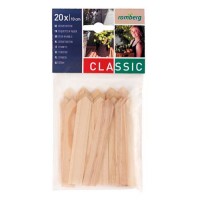 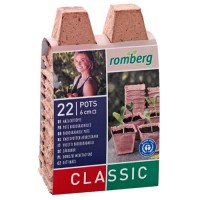 22 peat-free seed pots, square, 6cm
These peat seed pots are filled with potting soil and then, once the seedlings have germinated and started to grow, you can replant the whole thing, without causing any damage to fragile plant roots. Contents: 22 pots, 6x6 cm,...
Content 22 Stück (€0.15 * / 1 Stück)
€3.29 * 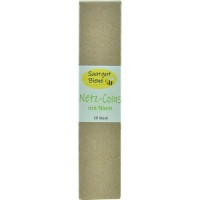 Neem Coir Pellets
Neem coir pellets with coconut fibres and Neem cake. The Neem coir pellets swell to 9 times their volume when water is added. Seeds are then placed in a prefabricated hollow. The coins are surrounded by a cotton net, which keeps...
Content 20 Stück (€0.19 * / 1 Stück)
€3.75 * 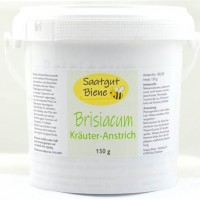 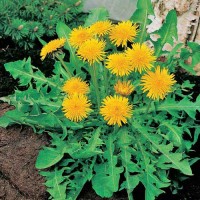 Dandelion Seeds
Info: In fact, everyone knows it: the dandelion, which in spring is one of the first plants with its bright yellow flowers to form entire carpets and later forms the beautiful spherical seed heads whose flying parachutes can be...
Content 250 Stück (€0.01 * / 1 Stück)
€2.29 *
Know-How 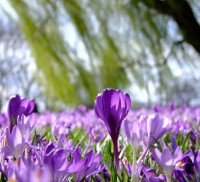 Gardening in March
March heralds the arrival of spring, and even if there are still winter snows in some areas, the garden is still in the starting blocks. March is a favourable time to cut... 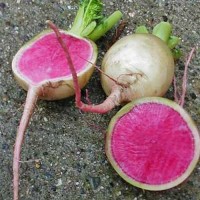 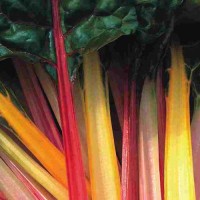 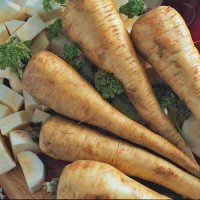 Rutabaga Tender And True Seeds
Info: Tender and True is a traditional English rutabaga cultivated since 1897. The variety is very robust, offers excellent storage properties and a fine, sweet taste. The beets can be consumed as raw food. But cooked or stewed,...
Content 100 Stück (€0.02 * / 1 Stück)
€2.29 * 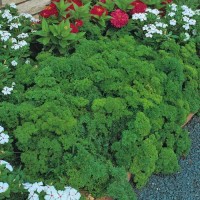 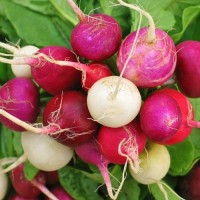 Radish Easter Egg Seeds
Info: The small, colored "Easter eggs" are a mixture of red, white and purple radishes. With their uniform size, they are perfect for adding a little color to boring plates. They all have an excellent radish-typical, mild-spicy...
Content 50 Stück (€0.05 * / 1 Stück)
€2.29 * 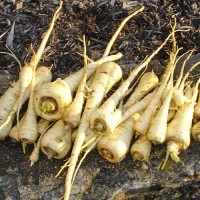 Parsnip Hollow Crown Seeds
Info: Parsnips had been esteemed on the tables of Europe since the time of Tiberian Rome until the potato displaced it by being blander and more versatile. For several years now, she has returned to Central Europe. `Hollow Crown`...
Content 50 Stück (€0.05 * / 1 Stück)
€2.29 * 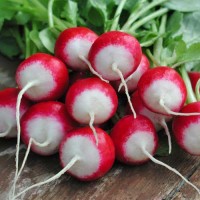 Radish Poloneza Seeds
Info: Poloneza is a fast-growing, round radish. The bright red tubers have a white tip and are compared to other varieties very resistant to furry. Since Poloneza is an uncomplicated vegetable, it is ideal for the first garden...
Content 50 Stück (€0.05 * / 1 Stück)
€2.29 * 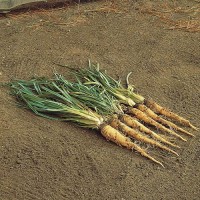 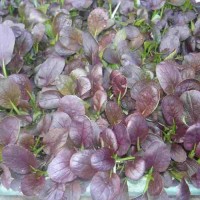 Mustard spinach Komatsuna Red Seeds
Info: Komatsuna is a traditional Japanese leafy vegetable that has been cultivated since the 17th century. This fast-growing, cabbage-like vegetable has dark green leaves on bright green stems. The leaves reach a height of 30cm...
Content 100 Stück (€0.02 * / 1 Stück)
€2.29 * 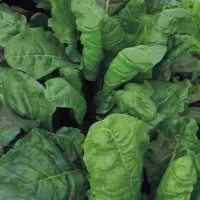 Spinach Perpetual Seeds
Info: Although the Perpetual Spinach belongs to the same family as Mangold, it differs quite clearly in one characteristic. The taste is much more similar to spinach than that of Mangold. Also optically, the leaves are more like...
Content 10 Stück (€0.10 * / 1 Stück)
€0.99 * 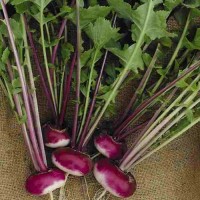 Rutabaga Purple Top Milan Seeds
Info: Purple Top Milan is a so-called Teltower Rübchen. It is a relatively unpretentious, but very vitamin-rich vegetable. They are rich in vitamin C, A, and K. The turnips are characterized by their sharp-sweet taste. Her...
Content 100 Stück (€0.02 * / 1 Stück)
€2.29 * 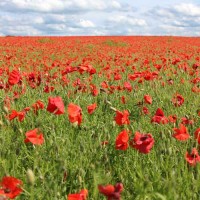 Corn Poppy Seeds
Info: With its brilliant scarlet flowers, corn poppy is a bright flash of colour in every meadow and flower garden. In recent times, it was the flower which grew on every field, today it sufferes a decline with the advent of...
Content 200 Stück (€0.01 * / 1 Stück)
€2.29 * 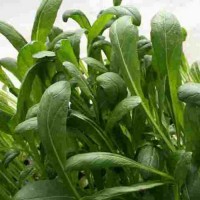 Japanese Mustard Greens - Mibuna Seeds
Info: Japanese mustard greens are fast-growing cruciferous plants whose young leaves have traditionally been eaten in Japan as lettuce or from the wok. The narrow, delicate leaves have a savory, piquant taste and are delicious in...
Content 100 Stück (€0.02 * / 1 Stück)
€2.29 *
1 From 2
Know How and Products
Know-How 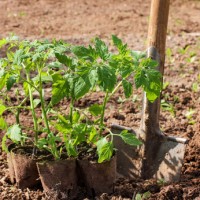 Gardening in March
March heralds the arrival of spring, and even if there are still winter snows in some areas, the garden is still in the starting blocks. March is a favourable time to cut...
Know-How 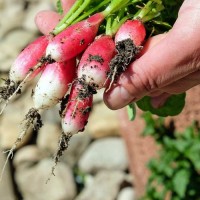 How to Grow Radishes
The perfect vegetable for beginners: growing radishes in the garden or on the balcony Radishes are really a great vegetable to grow: hardly any other vegetable ripens so...
Themes